Longways Orchard is located just outside Carrick-on-Suir in the lush, rolling countryside of
Southeast Tipperary and overlooking the River Suir. The 25-acre apple farm is home to
James O’Donoghue and his family who have been producing some of Ireland’s best cider
apples for many years. Surrounded by nature, the orchards are also home to sixteen Irish
honeybee colonies that pollinate the entire orchard.

Founder of Longways Cider, James O’Donoghue is an expert beekeeper and was awarded the Silver Medal at Britain’s prestigious National Honey Show in London – 1996.

A JUICE OF DISTINCTION

The flavour and quality of our orchard’s apple juice used to produce Longways Cider,
was recognised with a Gold Medal and Best in Farmers’ Market in Tipperary at the Blas Na
hÉireann / Irish Food Awards.

The Blas na hÉireann Awards, based on blind-taste testing, are recognised as the
benchmark for excellence in Irish food. 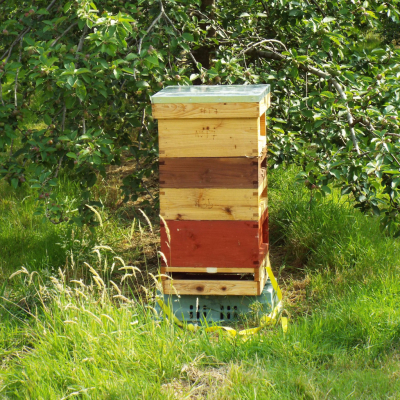 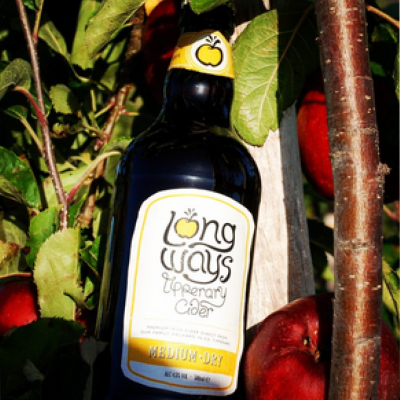 Longways Tipperary Cider’s flavour is an expression of the unique characteristic of our orchard, the surrounding countryside, the mild climate of South-eastern Ireland and the skill and passion of the cider maker. We work in close harmony with nature, taking a technical and scientific approach, to ensure that our orchards have the optimal conditions to produce apples that create a truly delectable cider.

Creating the perfect cider requires time, attention to detail and dedication. The process starts with the careful management of the soils of our orchards, coupled with dedicated care, maintenance and plant husbandry to grow the perfect apples for our cider.

Much like a good wine, the flavour of cider is highly influenced by the characteristics of the what French winemakers refer to as terroir or Australians call pangkarra – the set of environmental factors that influence the epigenetic character of a crop and give it its unique character.

We believe in working in harmony with the land and our orchards also provide a habitat for our colonies of honeybees and Irish wildlife including a Long Eared Owl.